"Museums are for the Dead, I Want Life" 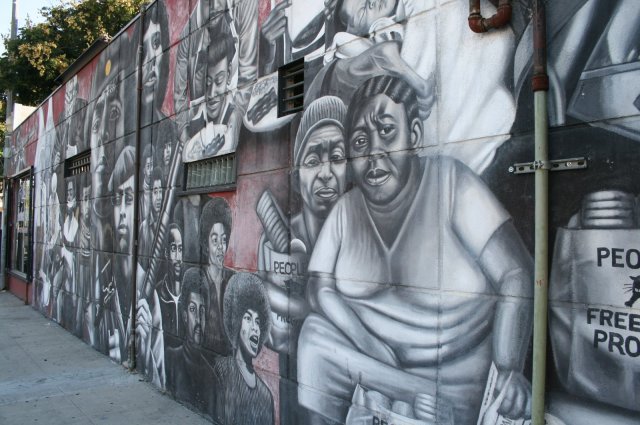 Image courtesy of The Superslice.

According to a source “close to the decision-making process,” there is a good chance that the Los Angeles Planning and Land Use Management Committee will reverse the ban on the creation of murals on private property when they vote next week.  Check out a great video short on The Superslice about efforts to save public art in the city. Follow the non-profit, Save LA Murals, on Facebook .

A New York Supreme Court justice dismissed a suit against photographer, Arne Svenson, for pictures he took of his neighbors without their permission.  The couple bringing the suit sued Svenson for violating their privacy when pictures of their children appeared in his images.  The presiding justice concluded that, while it was cringe worthy to think a persons private life and images of their children could end up in the public forum without their permission, there is no redress under New York law since art is protected under the First Amendment.

A biography written two years ago has reopened the presumed suicide by Van Gogh for examination.  The writers propose the theory that a 16 year old school boy, with whom Van Gogh was acquainted, shot the artists.  The Van Gogh Museum in Amsterdam has weighed in, remaining unconvinced that his death was anything other than a suicide.  The forensic evidence seems to support the belief that Van Gogh did in fact commit suicide but who doesn’t love a good conspiracy theory?

Pooled art investment funds, and other non-art related funds, will face heightened scrutiny in the UK.  I may be out of my element here but, “the most valued commodity I know of is information, wouldn’t you agree?”

The idea of buying art on Amazon appeals to me on a democratic level.  However, it appears the site experiences some of the same transparency issues galleries are confronted, with as well as problems unique to internet shopping.